Start a Wiki
Secrets of Dragon’s Spine is the second adventure pack for Age of Conan released on live servers 10th of January 2013. It adds a new adventure region and several dungeons for maximum level characters.

Amid the southern wastes of Stygia in an area little known or travelled there is a row of small peaks called the Dragon's Spine. Legends tell that three thousand years ago when Old Stygia waged war against Acheron , Cetriss, a powerful Stygian sorcerer built a temple in the maze of canyons that form the approach to the Dragon’s Spine Mountains. In this palace Cetriss discovered the secret of the Emerald Lotus. The plant’s properties enhanced sorcery and allowed the Stygians to defeat Acheron.

Afterwards Cetriss disappeared into his palace never to be seen again. Some say he discovered the key to immortality and elevated himself alongside the gods. The Dragon's Spine and the Palace of Cetriss make a tempting destination for adventurers. The area is remote enough to have kept away robbers and looters and the secrets rumoured to exist in the palace are too much for a hardy band to resist.

The region is located south and west of the ancient city of Pteion . Rippling desert dunes stretches for miles in every direction from the spine, lifeless, except for a small oasis in the mountain’s shadow, and treacherous caves and tunnels weave in and out of the mountain rock. The only building made by man is the Palace of Cetriss, which can be found in the center of the area, at the foot of the mountain ... but men are not the only beings to have forged a thriving civilization in the desolate desert, many secrets lay buried beneath the sands.

The area includes two new dungeons, and a raid instance, players will also find lots of new quests to explore. 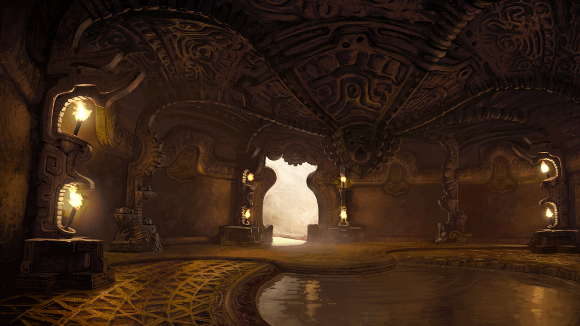 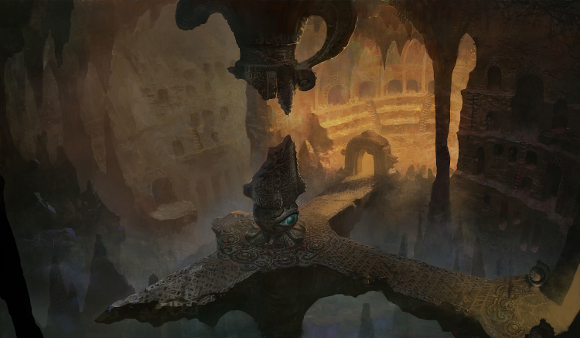 Retrieved from "https://aoc.fandom.com/wiki/Portal:Secrets_of_Dragon%27s_Spine?oldid=58031"
Community content is available under CC-BY-SA unless otherwise noted.